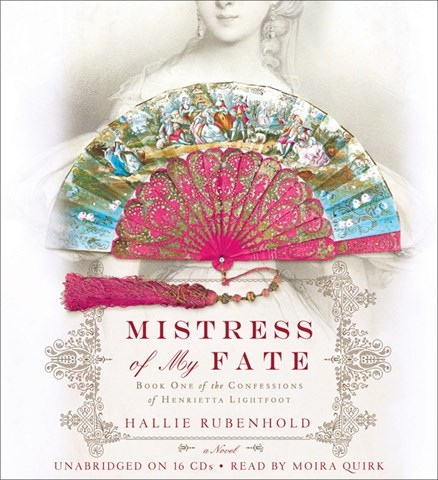 MISTRESS OF MY FATE

Henrietta is either a cunning vixen or a naïve victim. Born the illegitimate daughter of an English nobleman, she finds herself on a journey through the world of the demi-monde when she falls in love with the same dashing man as her legitimate sister just before the French Revolution. Moira Quirk gives just the right upper-crust, often melodramatic British voice to Henrietta in this first of three books. Told in the first person, the book chronicles Henrietta's transformation from a whining nitwit to a scheming, but far more interesting, courtesan. Quirk is equally adroit at gradually making Henrietta's voice sound more mature as she learns the ropes and acquires the survival skills of her profession. Quirk also gives each of Henrietta's "protectors" a distinct, appropriate voice, including one with an especially well-done aristocratic lisp. A.C.P. © AudioFile 2013, Portland, Maine [Published: MARCH 2013]