Home»Reviews»A STORY OF GOD AND ALL OF US 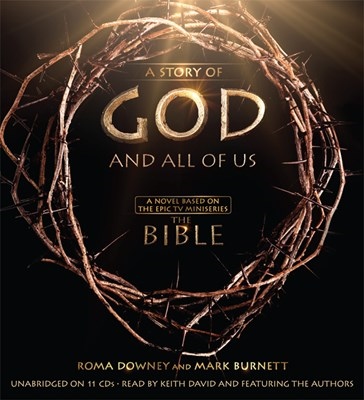 More detailed than the TV series, this novel recounts the Bible’s stories and major subject matter with the help of Keith David’s strong and theatrical voice. David showcases his authoritative and passionate tone during character dialogue to bring each dramatic moment to life while adding depth and understanding to each biblical story. David’s deep, calm voice will draw attention to descriptive points throughout the novel, making this an enticing audio version of the book. Though some may argue the validity of the stories, most will appreciate the dramatics presented in Keith David’s narration. D.Z. 2014 Audies Finalist © AudioFile 2014, Portland, Maine [Published: MARCH 2014]