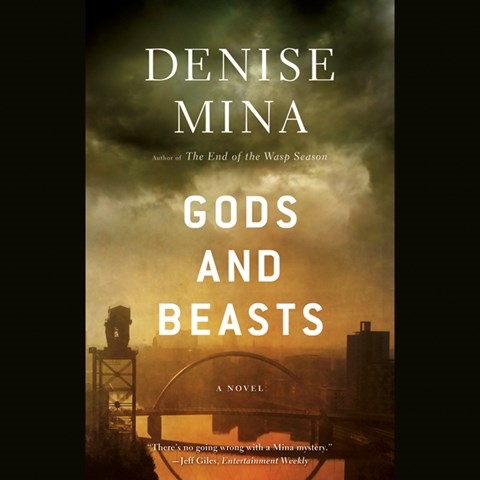 Much of the charm of Mina's new mystery comes from narrator Moira Quirk's delightful delivery. Her Scots brogue is easy to understand yet beautifully exotic. (I could listen to her read the phone book.) Her characters feel real and familiar. Mina's novel, with its three story lines, is disjointed, but the subplots all come together neatly toward the end. A tendency to give women men's names makes the plot slightly confusing because of the large cast. Furthermore, the names of lead detective Alex Morrow, called "Alex," and one of her detectives, Tasmin Leonard, called "Leonard," make gender identification a bit troublesome. A robbery at a busy Glasgow post office goes south when an elderly man is killed after helping the robber. Glasgow's finest must find the killer and solve the other mysteries the investigation opens up. M.S. © AudioFile 2013, Portland, Maine [Published: MARCH 2013]