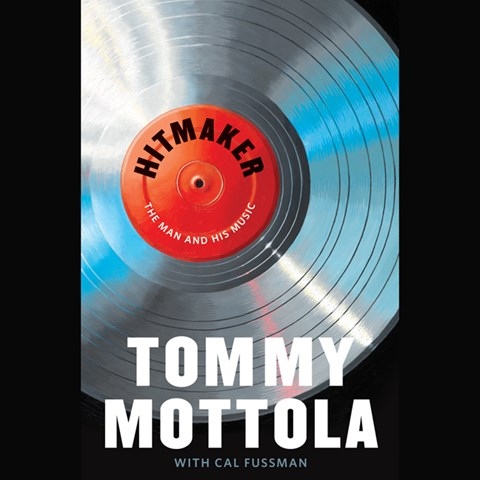 HITMAKER The Man and His Music

Mottola headed Sony Music--the world's foremost music and entertainment empire--for 15 years. The label had a storied history long before Mottola, born to a first-generation Italian-American family in the Bronx, took the helm. It was during his reign that not just Sony but also the industry as a whole reached its apex and subsequently contracted in the face of new technology and changing demographics. Chazz Palmintieri's understated voice--straight out of the casting for GOODFELLAS--reeks of this kind of myth-making ethos. His narration complements the story, with its blunt but heartfelt tone, as he recounts Mottola's rise from his humble origins as a teenager awed by Elvis to his pivotal role in the careers of such modern-day music legends as Bruce Springsteen, Michael Jackson, and Mariah Carey. J.S.H. © AudioFile 2013, Portland, Maine [Published: APRIL 2013]