Home»Reviews»THE OLD BUZZARD HAD IT COMING 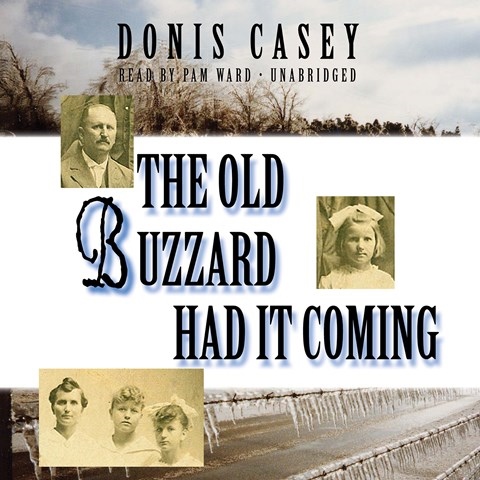 THE OLD BUZZARD HAD IT COMING

Set on the Oklahoma frontier in 1912, this suspenseful novel is terrific listening. Farm wife and mother of nine, Alafair Tucker is made of sturdy stuff, and Pam Ward’s performance captures both her toughness and her tenderness. The Tuckers’ neighbor, good-for-nothing abusive husband and father Harley Day, is found dead, frozen in the snow outside his ramshackle farmhouse. When a bullet hole is found in his head, his 19-year-old son, John Lee, becomes the prime suspect. Ward makes the backbreaking hardships, the daily struggles for survival, and the sense of community completely genuine as Alafair tries to uncover the true murderer. Donis Casey’s well-researched historical detail and Ward’s first-rate narration make this an American pleasure—complete with authentic American recipes from the time period. S.J.H. © AudioFile 2013, Portland, Maine [Published: FEBRUARY 2013]