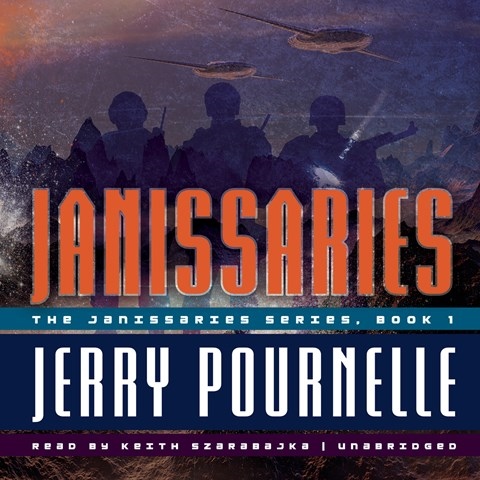 A group of soldiers fight a battle they can't win. As they wait for certain death, they’re rescued. The catch? They’re rescued by an alien spaceship, and the price is that they must tame an alien planet and grow illegal space drugs. Now that's a plot you don't often hear! Keith Szarabajka is an amazing narrator who makes the earthlings sound normal and the aliens slightly strange. The cacophony of accents he gives the planet's current inhabitants—kidnapped humans from many ages—who clash with the newcomers is outstanding. Szarabajka adds excitement and tension to a novel already taut with suspense—which heightens even more when the earthlings turn on each other. He is so skilled that the listener never questions which of the dozens of characters is speaking. M.S. © AudioFile 2013, Portland, Maine [Published: MARCH 2013]