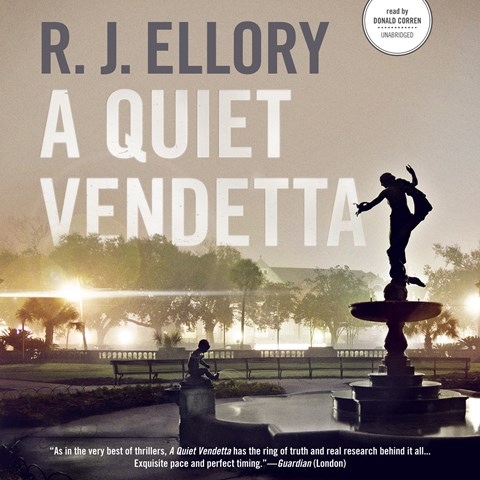 Narrator Donald Corren does a fantastic job with Ellory’s novel. The story centers around a Mafia hit man named Ernesto Perez, who kidnaps the daughter of Louisiana’s governor in order to gain the opportunity to tell his life story. The main listener turns out to be Ray Hartmann, a New York District Attorney’s Office special investigator who is struggling to stay sober and save his marriage. Corren uses a Cuban accent in his portrayal of Perez, delivering the killer’s story in a low-key, calm tone that accentuates the brutality of his world. Corren also conveys Hartmann’s desperation to return from New Orleans to New York to see his wife and daughter and to rebuild what he has let himself destroy. G.S.D. © AudioFile 2013, Portland, Maine [Published: APRIL 2013]