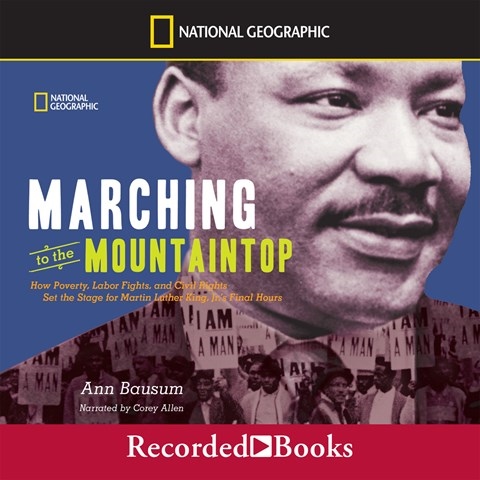 Corey Allen's voice talents shine in this production, which covers a few critical months in the Civil Rights Movement—from the Memphis trash collector strike in early 1968 through Martin Luther King, Jr.'s, tragic assassination later that spring. Allen's pacing is excellent throughout, particularly his thoughtful, well-placed pauses, which emphasize pivotal moments and key facts. He handles a variety of firsthand accounts—from that of an experienced female marcher to that of the mayor of Memphis—with ease. Rather than try to emulate King, which would be nearly impossible, Allen uses the depth and richness of his own voice to bring life to the charismatic civil rights leader's words. This short production does a superb job making an important period in American history compelling for today's young listeners. M.D. © AudioFile 2013, Portland, Maine [Published: MARCH 2013]