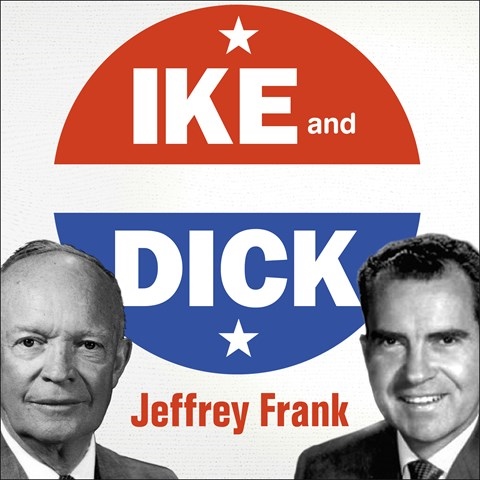 IKE AND DICK Portrait of a Strange Political Marriage

Eisenhower and Nixon were at different points in their lives when they were elected in 1952. Ike used the presidency as a career capstone, and Nixon saw himself eventually ascending to the office. How they used this dichotomy for better and for worse is the focus of this book. Narrator Arthur Morey has a flat, somewhat raspy voice, and he approaches the book with the seriousness and import that it deserves. He varies his pitch and tone, but the book doesn't lend itself to bold choices. This is a shame because the story of these two high-profile politicians is a captivating tale of power and uneasy alliances. We know what eventually happens to both; the fun is how we get there. R.I.G. © AudioFile 2013, Portland, Maine [Published: APRIL 2013]