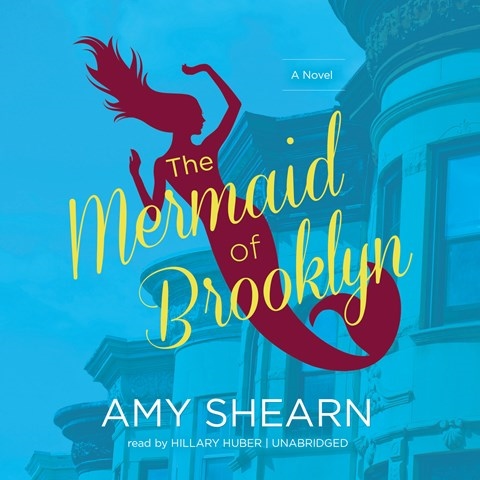 THE MERMAID OF BROOKLYN

A young mother’s interminable exhaustion as she cares for two infants by herself becomes distressingly vivid in Shearn's novel. Jenny Lipkin is a Brooklyn mom who is trying to survive a sweltering New York summer. When her husband vanishes one evening, Jenny is driven to act rashly—and is pulled back from the brink by a supernatural ally. Hillary Huber lends an absorbing interpretation to her portrayal of Jenny, infusing bitter sarcasm into her every thought and word. She also delivers the hoarse tones of cigarette-smoking Brooklyn natives, the twang and stressed syllables of Jenny’s Jewish mother-in-law, and the bored bewilderment of Jenny’s estranged husband. Insightful, imaginative, and often hilarious, this grown-up fairy tale is sure to enchant as magic meets reality, transforming what comes next with heartfelt wit and keen vision. A.W. © AudioFile 2013, Portland, Maine [Published: MAY 2013]