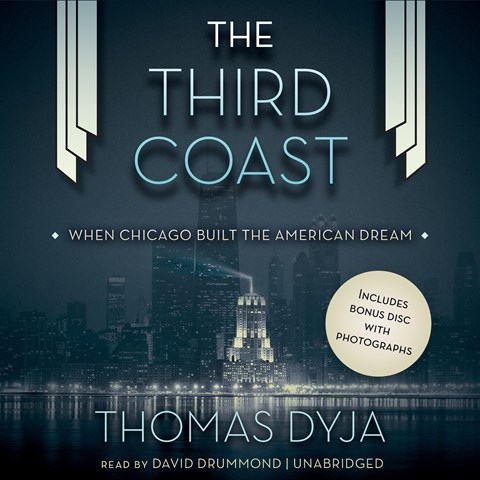 THE THIRD COAST When Chicago Built the American Dream

While most of the American cultural experience focuses on what comes out of New York and Hollywood, it’s important to remember the Midwestern colossus that hoisted the nation on its shoulders: Chicago. This book recounts the history of the Windy City after WWII and how it gave birth to a unique artistic style and the Daley political machine. Narrator David Drummond has exactly the right voice to carry this book: deep, bold, and elastic. He doesn’t attempt any characters but he gives the words a life and heft that reflect the author’s point about Chicago being an important player in America’s modern story. There are times when Drummond’s voice becomes stuck in a limited range, but he’s able to break out of it to avoid tedium. R.I.G. © AudioFile 2013, Portland, Maine [Published: JUNE 2013]