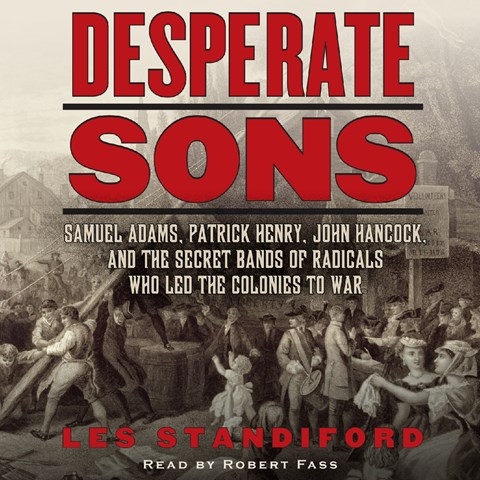 DESPERATE SONS Samuel Adams, Patrick Henry, John Hancock, and the Secret Bands of Radicals Who Led the Colonies to War

Most histories of the American Revolution fail to capture the passion, radicalism, and sheer danger involved in that treasonous undertaking. The Revolution should be the ultimate thriller--even though we know how it ends. Such is the charge of this book, an account of the formation of the Sons of Liberty, the men who staged the Boston Tea Party and Paul Revere's Ride. Narrator Robert Fass has a pleasant, deep, slightly nasal voice, but he's too passive to rouse the rebel in the listener's mind. Focusing on carefully moving the story forward, he emphasizes key quotes and is easy to follow. But the passion eludes him, and we are left to fill in the action ourselves. R.I.G. © AudioFile 2013, Portland, Maine [Published: APRIL 2013]