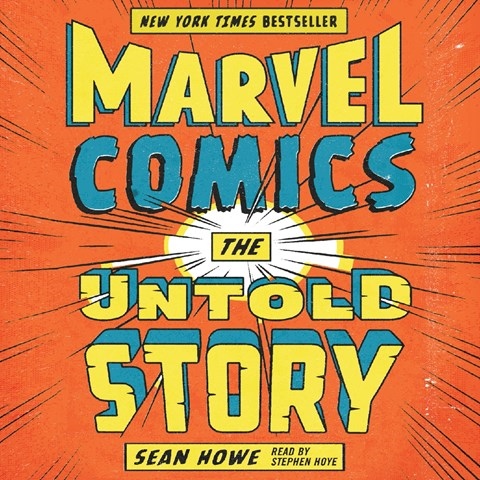 You have to be a fan of comics to appreciate this production, but if you are, you'll be knocked out of your Spider-Man Underoos. Even lifelong comic fanatics (like me) will be shocked and often dismayed by Sean Howe's exposé of the world of the Fantastic Four, The Hulk, and hundreds of heroes. After hearing this book, you'll be amazed that comics ever got produced at all. Stephen Hoye performs the book with the requisite fanboy breathlessness as he reveals stories about political squabbles, ridiculous feuds, and the use of drugs. His pace is perfect; he doesn't try to sound like a cartoon pitchman but a serious journalist. Of course, like watching hot dogs being made, this experience could affect one's future enjoyment. M.S. © AudioFile 2013, Portland, Maine [Published: APRIL 2013]