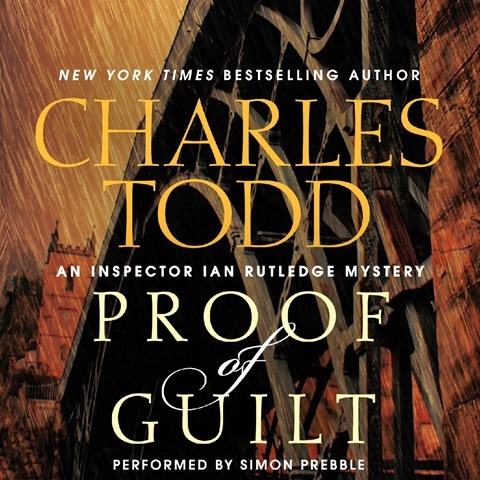 Scotland Yard's Ian Rutledge strives to solve another gripping post-WWI puzzle. Simon Prebble thoroughly embodies the story's many leading men, stoically depicting their strong emotions. Rutledge juggles a small piece of circumstantial evidence as he attempts to identify a murder victim and learn how and why he was murdered. His mounting suspicions and dogged pursuit lead to a company that produces the world's most coveted Madeira wine, and the discovery of some questionable incidents on that island as WWI concluded. The shell-shocked Rutledge and his imaginary Scots sidekick, Hamish, are both potently viable as performed by the insightful Prebble. A.W. © AudioFile 2013, Portland, Maine [Published: FEBRUARY 2013]