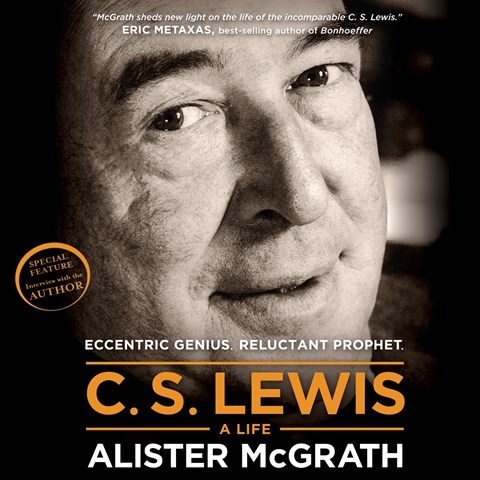 This multifaceted biography and analysis of C.S. Lewis’s life and works would challenge even the most dedicated audiobook narrator. The late Robin Sachs clearly has a keen understanding of the work and the life he is recounting. The book is divided into segments that include the various events of Lewis’s life. His relationship with his father, the death of his wife, and his ongoing relationship with his brother influenced his literature. Additionally, his conversion from atheism to Christianity transformed his character. With a tranquil tone and fluid delivery, Robin Sachs leads the listener through these various sections with a quiet perception of the man and thoroughly reveals Lewis’s complex nature. It’s a stellar performance and a stunning biography. E.E.S. Winner of AudioFile Earphones Award © AudioFile 2013, Portland, Maine [Published: MARCH 2013]