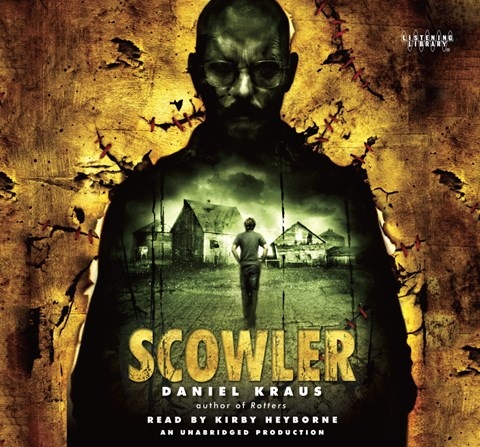 This well-deserved winner of the 2014 Odyssey Award is not for the faint of heart. Kirby Heyborne begins with precise pronunciations that illuminate the alliterative, imagistic writing. Immediately his dolorous tones establish the setting, a dying 1981 midwestern farm, as well as the vulnerability of 19-year-old Ry, who fears for his family. Heyborne’s voice is low and guttural as he portrays a stranger who tells Ry’s family of a prison break. Heyborne shifts from a tone of longing to one of menace when the stranger warns Ry that his sadistic father is coming for him. As Ry remembers his escape from horrific past abuses, Heyborne’s reading makes his feelings palpable. These amp up even more viscerally when the monstrous father reappears and Ry, and the listener, descends further into a nightmare. S.W. Winner of AudioFile Earphones Award, 2014 Odyssey Award Winner © AudioFile 2014, Portland, Maine [Published: FEBRUARY 2014]