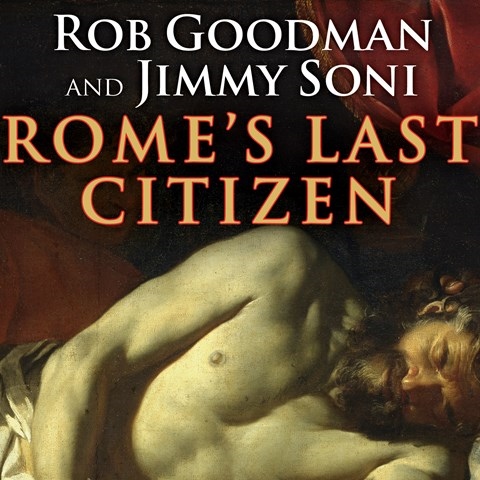 ROME'S LAST CITIZEN The Life and Legacy of Cato, Mortal Enemy of Caesar

Goodman and Soni's examination of Cato the Younger--the Roman reactionary, Stoic, and enemy of Caesar--is the story of a harsh man in a violent age. With his pronounced British accent, Derek Perkins is a surprising choice for narration as this book seems directed at an American audience. But his voice is strong, and he sets the pace like someone leading a brisk, invigorating jog. The slightly cynical, skeptical edge of his tone fits the text, which refuses to take Cato at his own saintly face value or to respect the turbulent "banana republic" of Rome. His edgy take fits both Cato's troubled republic and (despite the accent) our own, which is part of the book's point. Perkins's vigorous performance helps keep this an absorbing program. W.M. © AudioFile 2013, Portland, Maine [Published: MAY 2013]