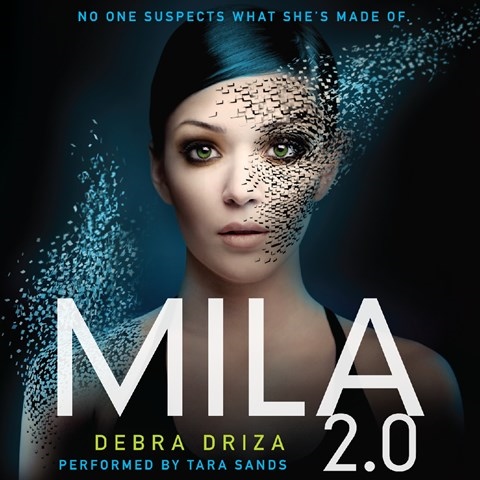 Narrator Tara Sands throws herself into this story's first-person point of view. She sounds fully credible as 16-year-old Mila, a high school student who is often on the edge of hysteria. Sands reads the story's early scenes with a touch of Valley girl, nicely conveying Mila and her flighty, giggly group of friends, who have boys on their minds and cliquishness in their souls. But soon Mila begins to suspect that she's not a real girl at all--and being a real girl is her heart's desire. As an android, though, she is one tough cookie, going from crisis to crisis, mostly chase scenes, in surprising ways. Sands's high-pitched voice never stumbles. The theme is classic--the story "Pinocchio," circa 1883, comes to mind. Young audiences will be engaged. D.R.W. © AudioFile 2013, Portland, Maine [Published: MAY 2013]