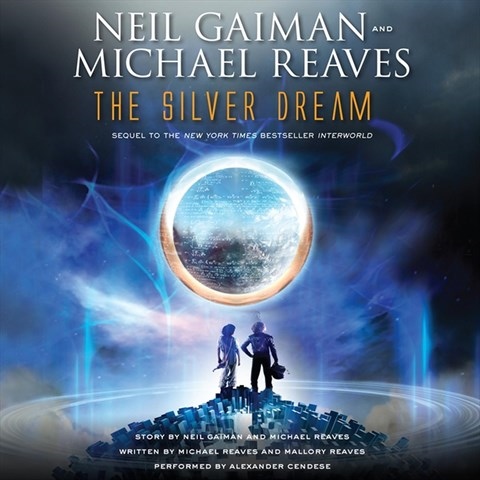 This second book in the young adult InterWorld series was conceived by Gaiman and Michael Reaves and written by Reaves with assistance from his daughter. Narrator Alexander Cendese has a knack for portraying the angst and bravado of 16-year-old Joey and the varied personalities of his cyborgs, as well as the newly introduced character, Acacia. Cendese reflects Joey's high level of energy as he sets out on new missions and tries to remedy his standing as an outcast at the station. In retrospective moments, Cendese keeps the pace moving and savors the dry humor. Joey and his fellow time walkers' defense of the Altiverse will be better understood after listening to the first in the series. J.E.M. © AudioFile 2013, Portland, Maine [Published: JUNE 2013]