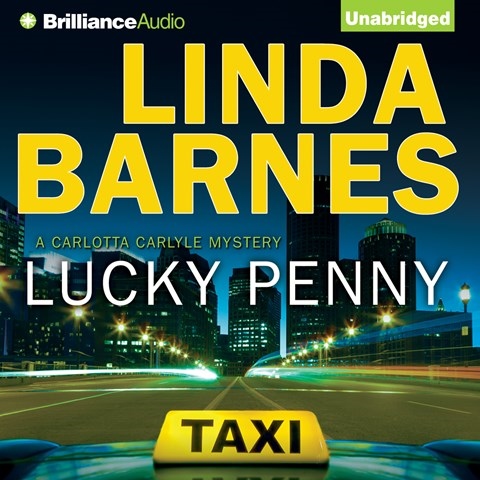 Linda Barnes has written 12 books featuring Boston cab driver/PI Carlotta Carlyle, but it was in this 1986 Anthony Award-winning short story that Carlotta made her first appearance. Tavia Gibert is perfectly cast as the intelligent and determined detective. The production may be short, but it's a little gem of an armchair mystery. Carlotta is held up at gunpoint, and her cab's takings are stolen, only to be dumped almost immediately. Through reasoning alone, while sitting in her kitchen, Carlotta begins to work out why. Listeners will forget that Tavia is not Carlotta. The story is just like listening to a friend telling you about a weird thing that happened. Carlotta's first outing will interest old fans and entice new ones. C.A.T. © AudioFile 2013, Portland, Maine [Published: MARCH 2013]