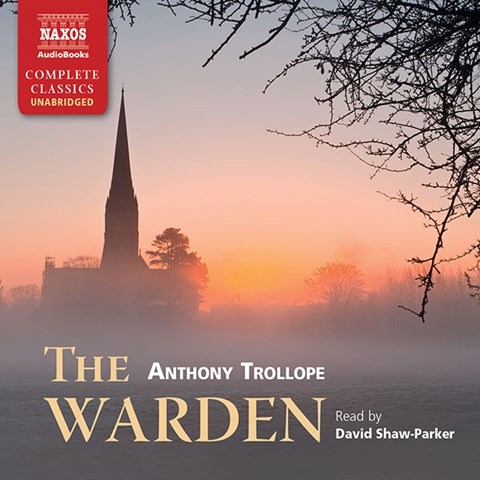 One of Trollope's most notable works tells the story of a clergyman who is set on doing right in the face of a judgmental legal system and press. Narrator David Shaw-Parker's reading is both thoughtful and sympathetic to the events of the story. With his mastery of British accents he captures the 12 temperamental bedesmen of Hiram's Hospital. His portrayal of the kindhearted warden is humble and warm while that of the grand Archdeacon Grantly is boisterous and commanding. Trollope's own narrator is not to be forgotten, and Shaw-Parker pays special attention to this strong authorial presence. His reading suggests a clear understanding of the tone and subtle intrigue of this Victorian novel. D.M.W. © AudioFile 2013, Portland, Maine [Published: AUGUST 2013]