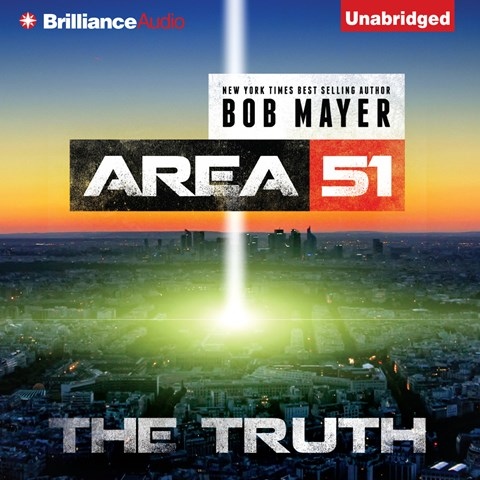 Mayer uses the mysterious and legendary objects of human quest in past centuries, such as Excalibur, the Holy Grail and the Ark of the Covenant, to tell the story of a centuries-long war with aliens. Narrator Eric Dove portrays the characters of Mike Turcotte and his colleagues, Nosferatu, and others in a clear, matter-of-fact manner as they struggle to get to Mars. There, they must stop the Airlia, just one of the alien enemies, from completing the construction of a huge satellite dish. Dove's tone of authenticity gives reality, dignity, and timelessness to an action-packed adventure that moves around the globe from Area 51 to Stonehenge, Egypt, Easter Island, the Gulf of Mexico--and even as far as Mars. Dove's narration and the involving plot will draw listeners in and hold their attention. S.C.A. © AudioFile 2013, Portland, Maine [Published: APRIL 2013]