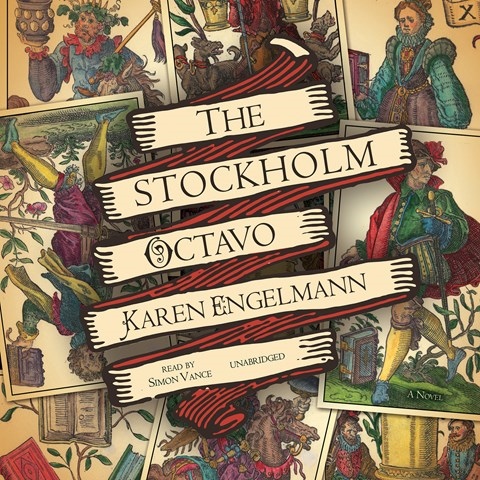 Cartomancy is divination using regular playing cards in a game called the Octavo. This and the language and geometry of fans, as well as several other arcane practices, form the intriguing premise of Karen Englemann’s engrossing debut novel. Mrs. Sparrow, mistress of a gaming establishment in late-eighteenth-century Sweden, predicts a golden future for minor customs official Emil Larsson. Simon Vance does everything right as Emil meets the human embodiments of the eight cards that are destined to assist him. With characters as diverse as King Gustav, a French fan-maker, and the scheming Uzanne, Vance never misses a step. His descriptions of several luscious young women, and of one particular fan thought to contain magical powers, are a marvel of nuance and subtlety. A delicious pairing of narrator and material. S.J.H. Winner of AudioFile Earphones Award © AudioFile 2013, Portland, Maine [Published: MAY 2013]