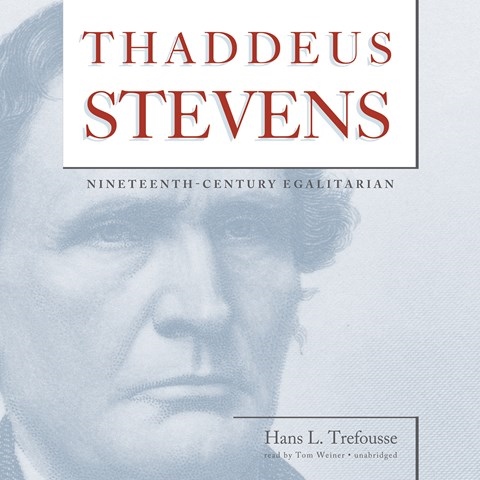 Thaddeus Stevens was an irascible champion of abolition and human rights. His refusal to compromise alienated many people but allowed him to lead forces for change during the Civil War. This biography takes an evenhanded look at his life. Tom Weiner offers a solid narration, varying his pacing nicely. He keeps his voice in a narrow range, which is wise given the book’s length. Too much emotion would be taxing. The only weaknesses are in the writing. The first half of the book is filled with political minutiae. But the second half, which covers the Civil War and Reconstruction, has a much faster pace. Also, the author repeats terms like “the peculiar institution” for slavery and “the Great Emancipator” for Lincoln, which would be glossed over when reading in print but become distracting when listening. R.C.G. © AudioFile 2013, Portland, Maine [Published: MAY 2013]