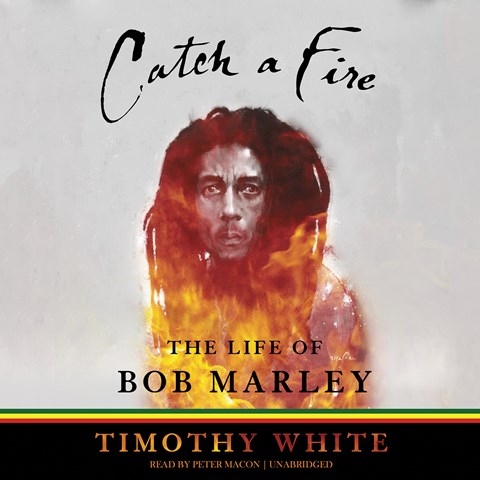 CATCH A FIRE The Life of Bob Marley

Among music legends, Bob Marley is second only to John Lennon as a statesman and humanitarian, and, like Lennon, his premature death martyred him. Veteran ROLLING STONE journalist Timothy White first wrote CATCH A FIRE in the eighties. The author’s own untimely death left this edition to be completed posthumously by his widow. Peter Mackin narrates with a voice that’s deep and rich but never dour as he reiterates all the stages of Marley’s luminous path—from his early days as a Jamaican transplant in Baltimore, where brashly growing weed in his window box got him accusatory looks, to his worldwide recognition as reggae’s top emissary. Thankfully, Mackin doesn’t try to mimic Marley’s trademark patois. His respectful delivery pays tribute to an artist whose life was distinctly inimitable. J.S.H. © AudioFile 2013, Portland, Maine [Published: MAY 2013]