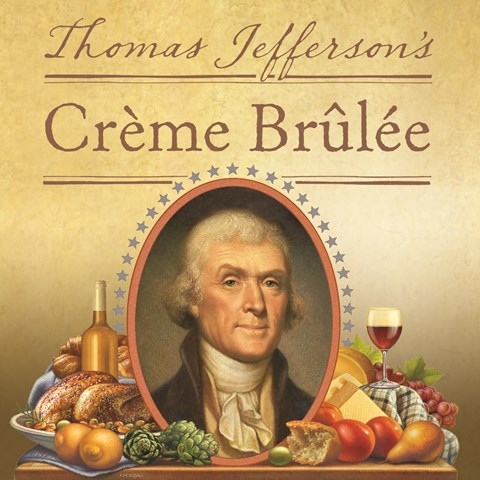 Thomas Jefferson was a "food hound governed by his taste buds," and this slim volume attests to one of the Founding Father's primary goals when living in Paris as U.S. Minister to France in the late eighteenth century. As the title suggests, Jefferson directed his slave James Hemings to learn the haute cuisine of French cookery during their sojourn overseas. Alan Sklar expresses the Jeffersons' awe of their new glamorous surroundings and recounts their experimentation with international culinary trends. However, his voice is pitched at an extremely low register, a resonant bass paired with equally distracting slow pacing. Listeners hoping for detailed cookery techniques will be disappointed by the book's weighty backstory, which focuses more on the history of slavery, Native Americans, American civilization, European customs, and Parisian culture. A.W. © AudioFile 2013, Portland, Maine [Published: MARCH 2013]