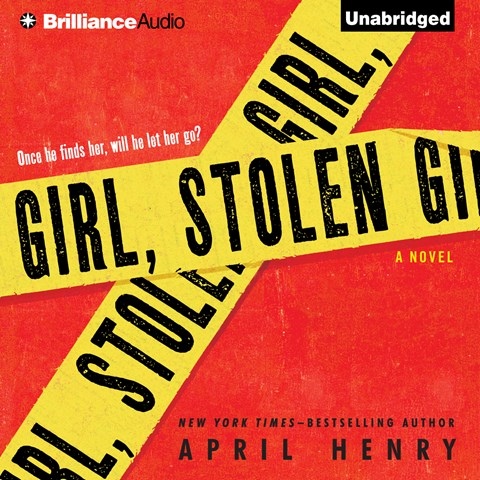 When Griffin steals a car in a mall parking lot, he unwittingly becomes a kidnapper when he discovers 16-year-old Cheyenne, a blind teenager, waiting for her stepmom in the backseat. Soon he discovers that Cheyenne's father is rich, and his unintentional kidnapping turns into an opportunity for ransom. Kate Rudd's narration helps create the suspense in this thriller. Rudd's voice adds to the emotional intensity as the stakes rise for Cheyenne and Griffin. The story moves along at a breakneck speed, and Rudd excels at building the tension and making the listener question Cheyenne and Griffin's relationship. Are they allies? Or is this a case of Stockholm syndrome? A thrilling story will keep listeners on the edge of their seats. S.B.T. © AudioFile 2013, Portland, Maine [Published: MARCH 2013]