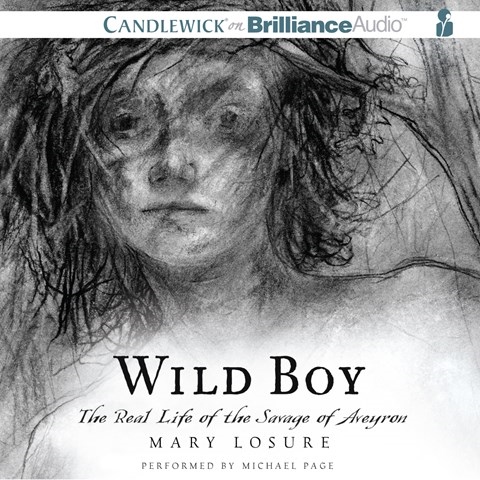 WILD BOY The Real Life of the Savage of Aveyron

Michael Page delivers intriguing facts and ironies about science and society in the 1800s with an insightful and evocative performance. Victor, a child found living in the French countryside, is captured and passed around among interested parties like a scientific specimen. Page narrates Victor’s actions and confusion over his plight with sensitivity and a contemplative tone. In contrast, he portrays the scholars and members of high society who consider Victor to be an imbecile with an air of pomposity that highlights their inhumane blindness to his condition and ultimate transformation. Page’s pronunciation of French names, steady pace, and soothing voice, combined with a fascinating story, produce compelling listening for both older children and adults. M.F. Winner of AudioFile Earphones Award © AudioFile 2013, Portland, Maine [Published: MARCH 2013]