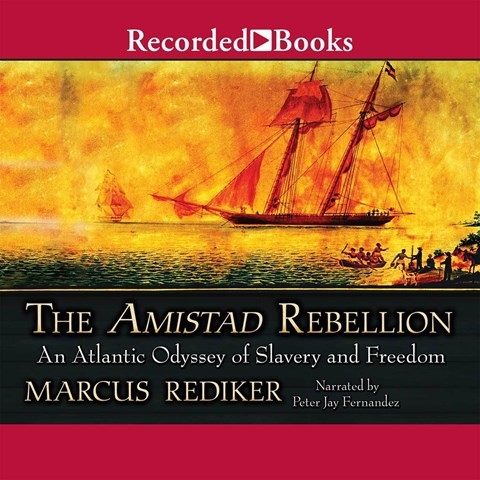 THE AMISTAD REBELLION An Atlantic Odyssey of Slavery and Freedom

Rediker’s account of the AMISTAD affair bogs down in repetition, tiresome or extraneous detail, and strained analysis. Peter Jay Fernandez’s voice is both distinguished sounding and listenable, and he reads with understanding, but he doesn’t rise above the material, if that’s even possible. His delivery, while expressive, has something of the feel of a lecture; if it were a person, it would be one we’d respect but wouldn’t want to spend time with. He provides a generic “African” accent for the slaves, which is satisfying, but his British accent is unconvincing. The relative stiffness of his delivery, combined with the weaknesses of the text, result in a program from which the listener drifts away too easily. This highly dramatic and significant episode in American history deserves better. W.M. © AudioFile 2013, Portland, Maine [Published: JUNE 2013]