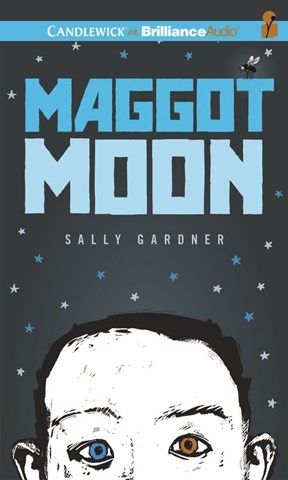 A newcomer to narration and still a teenager himself, Robert Madge lends his unique voice to this original story. Fifteen-year-old Standish Treadwell has eyes of different colors; he's awkward, illiterate—and the world's only hope to expose a secret the Motherland will do anything to keep hidden. There’s an obvious youthfulness to Madge's voice that is well suited to the character. But it’s the emotion he brings to the words, showing a talent way beyond his years, that makes this performance stand out. Madge portrays the seemingly simple-minded Standish in all of his complexity, simultaneously managing to make him sound angry, contrite, scared, and brave. If this production is any indication, Robert Madge should have a long career in the audiobook industry. M.D. Winner of AudioFile Earphones Award © AudioFile 2013, Portland, Maine [Published: MARCH 2013]