Home»Reviews»ENGLISH SOCIETY IN THE EIGHTEENTH CENTURY 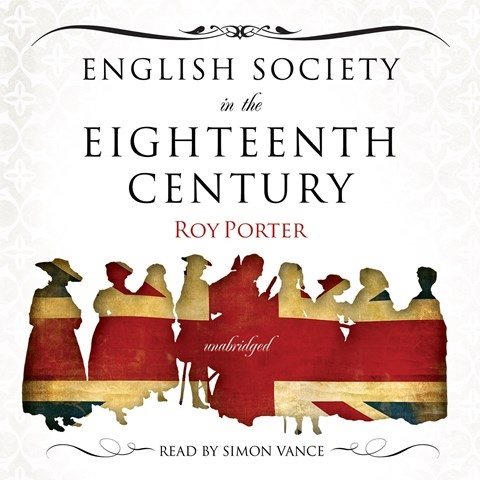 ENGLISH SOCIETY IN THE EIGHTEENTH CENTURY

Roy Porter’s engrossing, encyclopedic history of English life in the 1700s receives its due in this fine production, which will appeal to many more than the bibliophile and the audiophile. While he touches on politics and personages, Porter’s approach is expansive and demographic, a survey of every factor that shaped social life, and produced changes over the century. Only a narrator as accomplished as Simon Vance and as immaculate in articulation could convey the sharpness and precision Porter achieves through a steady accumulation of detail. What for a lesser reader might be only a plodding list of population figures, or descriptions of land holdings, becomes instead a window into a past time, each sentence to the point, illuminating, engaging the intellectual and the sensual imagination. D.A.W. Winner of AudioFIle Earphones Award © AudioFile 2013, Portland, Maine [Published: MAY 2013]