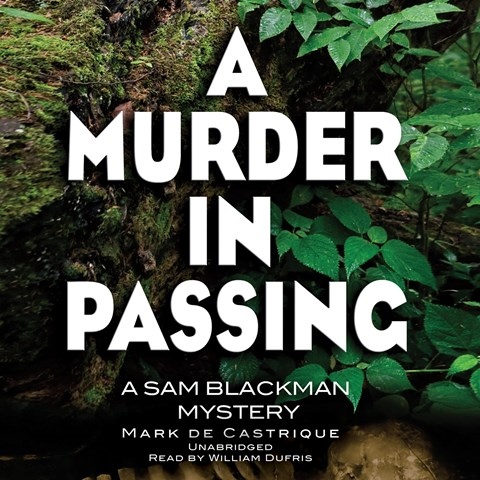 William Dufris comfortably portrays the many fascinating characters in the fourth Sam Blackman mystery, set in the 1960s. In Asheville, North Carolina, the Blackman & Robertson Detective Agency has no clients, and inactivity makes Sam fidgety. Then Marsha Montgomery asks Sam and his partner to investigate a burglary at her mother’s home. Someone stole a rifle and a photograph of Marsha’s mother, grandmother, and great grandmother, taken in 1932 by renowned photographer Doris Ulmann. Dufris uses tone, volume, and pacing to dramatize characters’ emotional issues as well as racial and marital tensions. A veil of deceit hides a desperate killer’s need to protect a family secret. Listeners will be intrigued by Sam’s discoveries as the plot unwinds. S.C.A. © AudioFile 2013, Portland, Maine [Published: AUGUST 2013]