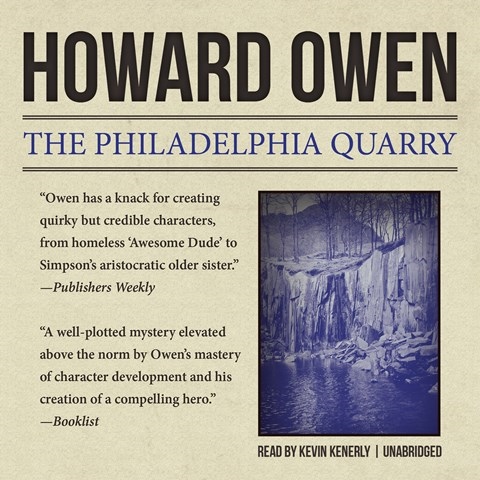 Willie Black is an old-fashioned reporter who acts on the belief that journalists should “comfort the afflicted and afflict the comfortable," even when his bosses disagree with the notion. Narrator Kevin Kenerly nails the character, with all his gruffness and preference for truth over popularity. In this outing, Black smokes, drinks, and challenges authority but manages to prove a man innocent of murder and expose the real killer. And he has a great time doing it, despite the danger. Howard Owen's second mystery starring the half-black journalist is a throwback to the noir novels of the 1940s, and what a welcome change of pace it is. Kenerly’s performance is so good you can taste the whiskey and smell the unfiltered Camels. The whole book relies on mood, and Kenerly delivers plenty. M.S. © AudioFile 2013, Portland, Maine [Published: AUGUST 2013]