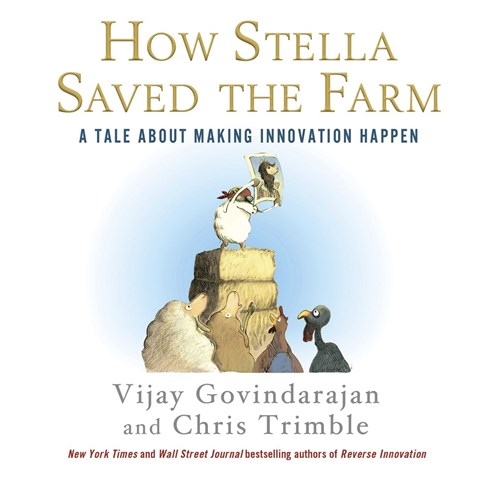 HOW STELLA SAVED THE FARM A Tale About Making Innovation Happen

Narrator Ari Fliakos brings earnestness to a business audiobook that uses Orwell's ANIMAL FARM as its conceit. This unconventional storytelling device provides parables on innovation as the farm animals try to decide who will be appointed leader when their current one ages. It's challenging listening, but Fliakos's narration is capable, consistent, and lively. Fliakos manages to make the character of the female sheep, Stella, believable. Creating the sound of a female voice with impressive vocal range, he characterizes her lines without sounded forced. The dialogue and debate between the animals make them vivid characters. What it all means, however, is up to the listener to decide. M.R. © AudioFile 2014, Portland, Maine [Published: JANUARY 2014]