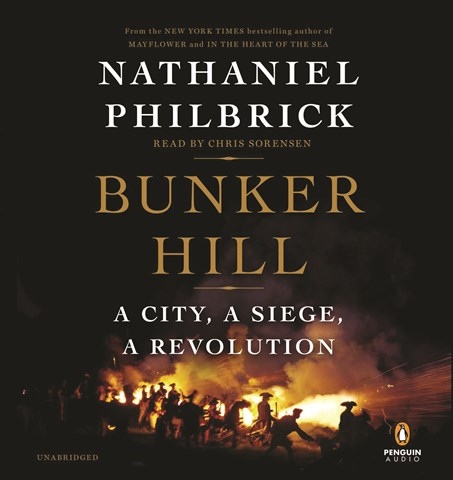 BUNKER HILL A City, a Siege, a Revolution

Not just another history of the famous Boston battle that ignited the American Revolution, BUNKER HILL is a colorful reconstruction of the early American landscape, as well as its culture, and even its geography. These are aspects of the Boston and New England region that have been rarely glimpsed. Chris Sorensen delivers each sentence with considered inflection and emotion. He taps into Philbrick's impressive research, lending fresh perspectives to the nuanced characters who lived in Boston during the occupation of the British troops in 1775. Colonists bewildered by the siege in the city and its environs erupt in patriotism and revolt against the British blockade. Key players in the drama that led to the foundation of the United States spring to life in the author's depiction and the performer's impassioned rendering of historical events. A.W. © AudioFile 2013, Portland, Maine [Published: JUNE 2013]