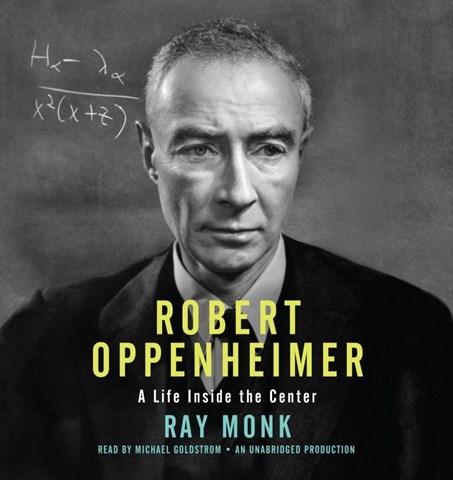 ROBERT OPPENHEIMER A Life Inside the Center

To fully appreciate physicist Robert Oppenheimer, you have to understand his Jewish background and his physics. That’s the premise of this mammoth biography of the man who is considered to be the father of the atomic bomb. And that’s also the problem. The author goes into such detailed depth that listeners may be overwhelmed, especially in the sections on atomic theory. Michael Goldstrom offers an easy-to-listen-to narration. His voice is steady without being monotonous, and he eschews the kind of vocal drama that would quickly become tiring in a work this long. He handles foreign phrases and names with ease. But he can’t overcome the preponderance of detail. Listeners who persevere will be rewarded with a rich portrait well read. R.C.G. © AudioFile 2013, Portland, Maine [Published: OCTOBER 2013]