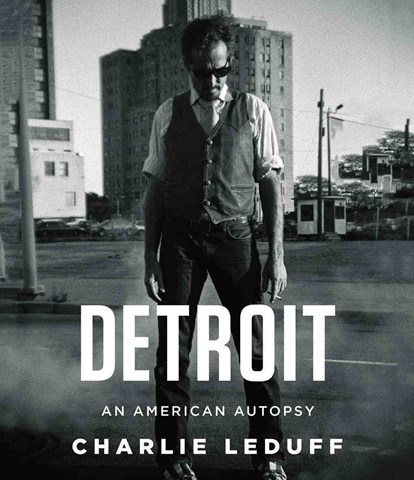 Eric Martin hits all the right notes in his narration of journalist Charlie LeDuff's chronicle of the problems that plague his hometown, the once flourishing and now foundering Detroit. The author’s edgy tone is tough and uncompromising, befitting the harsh realities facing those who remain in the troubled city. Martin's narration mirrors LeDuff's writing as he voices the poverty, corruption, and crime of the city as well as the brash and irreverent personality of the author himself. Both author and narrator are by turns incredulous, despairing, and hopeful, though, as LeDuff concedes, hope can be hard to come by nowadays in Detroit. S.E.G. Winner of AudioFile Earphones Award © AudioFile 2013, Portland, Maine [Published: MAY 2013]