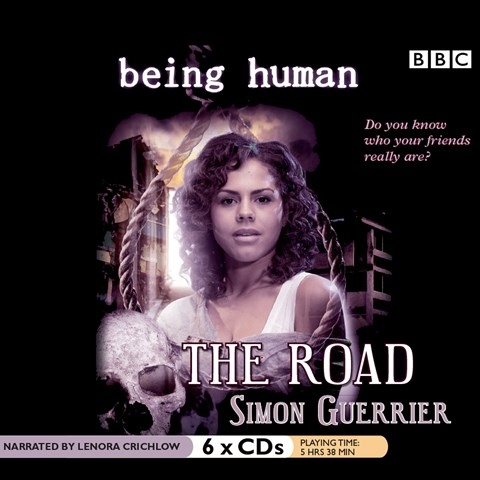 BEING HUMAN: THE ROAD

Based on the BBC series "Being Human," this story introduces vampire Mitchell and werewolf George's latest problem: a new ghost in the house. Gemma's return from the ghostly beyond seems prompted by her son's suicide, but as Mitchell investigates, the situation becomes more complex. Mitchell and George also face layoffs when an efficiency expert arrives at work. Narrator Lenora Crichlow starred as Annie in the TV series. Her low-voiced narration evokes a somber mood for this otherworldly mystery. Sedately delivered dialogue adds to the quiet atmosphere. The languid ambiance makes it difficult to connect emotionally with the characters. At times, Crichlow seems apathetic, reading in a style that borders on indifference. Those who love the TV show should probably stick to reruns. C.A. © AudioFile 2013, Portland, Maine [Published: AUGUST 2013]