Home»Reviews»DOCTOR WHO: THE ANGEL'S KISS 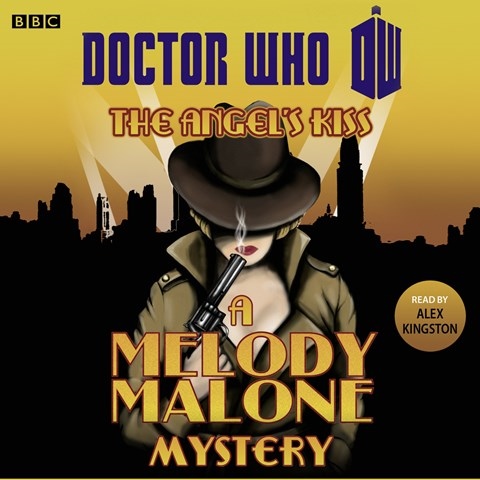 DOCTOR WHO: THE ANGEL'S KISS A Melody Malone Mystery

Narrator Alex Kingston re-creates the character she played on the BBC's "Dr. Who." She speaks with a learned British intonation, an approach that doesn't work because the story involves a female detective in 1938 New York. Still, she deliciously utters the narrative, much of it suggestive, so the listener can envision her sashaying around the city and entrancing the locals. Nonetheless, while Kingston is good at what she does, the writing, with its innumerable noir clichés, gets in the way. The chief villain is such a stereotype that Kingston sounds like she's sneering whenever her character deals with him. This is not one of the better Dr. Who spin-offs. D.R.W. © AudioFile 2013, Portland, Maine [Published: JULY 2013]