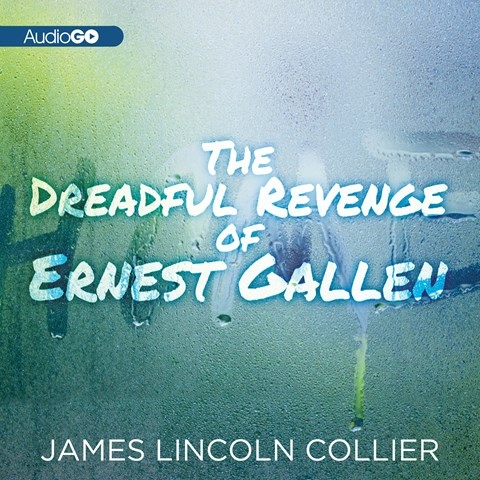 THE DREADFUL REVENGE OF ERNEST GALLEN

Sean Crisden delivers an eerily effective performance, giving a Poe-ish atmosphere to this dark children's story. With a low, throaty voice he captures the entity that seeks revenge for past wrongs by possessing various residents of Magnolia. Crisden's vocal versatility conveys the personalities of the bold yet simple-minded Sonny and spunky tomboy Sammy as they help their friend, Eugene, fight off the ghostly specter's attempts to drive him to murder. While the pauses between chapters are often overextended, the pacing of the narrative creates a mood of supernatural terror that grips the listener. The story's details about murder and their vivid narration make this a production better suited to older children. M.F. © AudioFile 2013, Portland, Maine [Published: JUNE 2013]