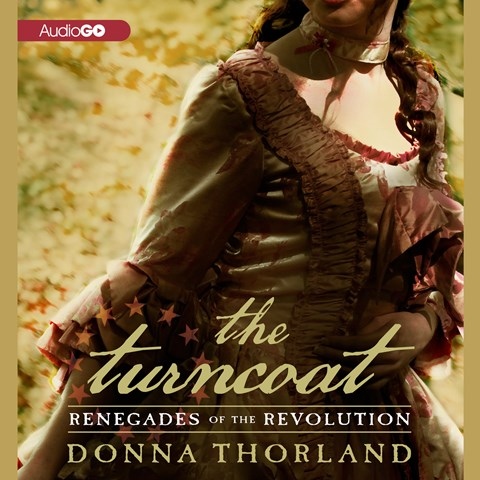 THE TURNCOAT Renegades of the Revolution

Despite an uneven delivery, listeners will no doubt find something to enjoy in this intriguing romantic story set during the American Revolution. When Quaker and rebel sympathizer Kate Grey's home is commandeered by Royalist troops, she finds herself irresistibly drawn to cavalry officer Major Lord Peter Tremayne. But before they have any time to explore their growing attraction, a spy in their midst steals a precious packet of documents, forcing Peter to run for his life and Kate to become a spy in British-occupied Philadelphia. Narrator Madeleine Lambert's characterizations and accents are distinct, though some inconsistent pronunciations interrupt the flow of the dialogue. More importantly, she doesn't capture the complexities of the characters or convey the significance of the novel's historical events and personal encounters. B.E.K. © AudioFile 2013, Portland, Maine [Published: JUNE 2013]