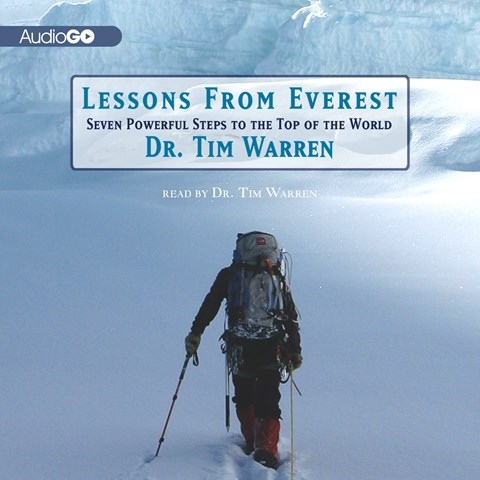 Tim Warren took a leave of absence from his work as a chiropractor in order to pursue his dream of climbing Mount Everest. Warren narrates the story of how he achieved his goal, describing in detail the trials and tribulations he faced in his attempts to reach the summit. Two of the challenges were Everest's extreme conditions and a debilitating stomach bug. With occasional flatness of tone and verbal stumbles, Warren's narration is somewhat lacking in polish as he relates details of equipment, his climbing team, and the climb itself. The bulk of the work is focused on the author's personal journey rather than on self-help in general, but mountaineering enthusiasts may find the account of his Everest climb interesting. S.E.G © AudioFile 2013, Portland, Maine [Published: JUNE 2013]