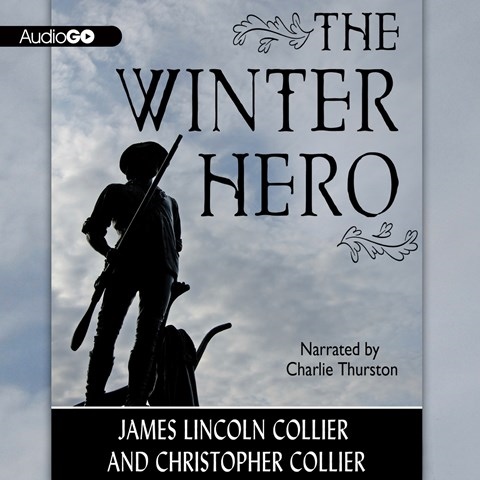 In Massachusetts in 1786, 14-year-old Justin longs to be a hero like his brother-in-law, Peter, who recently returned from fighting in the Revolution. Narrator Charlie Thurston's delivery is methodical and precise, with distinct voices for each character. Postwar economic depression results in higher taxes, causing farmers to become so debt ridden that they either foreclose on mortgages or end up in debtors' prison. After an organized attempt by Captain Shays and local farmers to close down county courts, the rebellion becomes an armed insurrection. Thurston's portrayal of Justin's fears and conviction is spot-on. The majority of the story is done well, but moments in the heat of battle are oddly unemotional. Nonetheless, the listening experience is an enjoyable way to learn about this important historical event. M.F.T. © AudioFile 2013, Portland, Maine [Published: JUNE 2013]