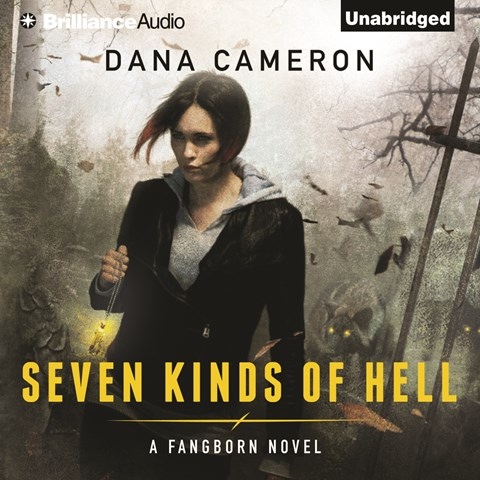 The Fangborn--werewolves, vampires, and oracles--are destined to protect humanity. In this first in a series, Zoe possesses an artifact that has attracted the attention of some nasty characters who have kidnapped her cousin. Narrator Kate Rudd's tone of wariness fits Zoe's general distrust of everyone she meets and her hesitation to accept her emerging werewolf nature. Rudd manages the pace of the banter between the characters and builds suspense carefully as Zoe is thwarted time and again in trying to free her cousin. Rudd's mispronunciation of the word "provenance"--which recurs numerous times in this book steeped in archaeology--is annoying, but overall her narration flows smoothly. J.E.M. © AudioFile 2013, Portland, Maine [Published: JUNE 2013]