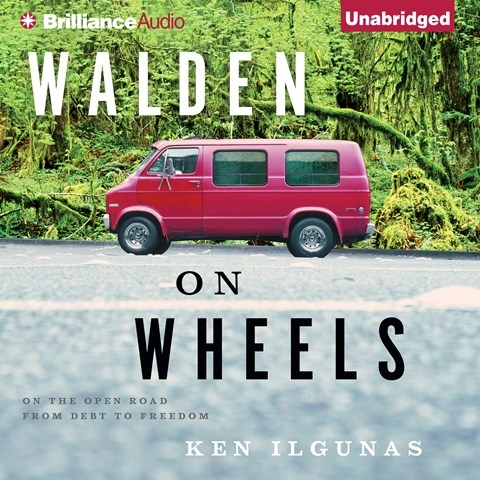 WALDEN ON WHEELS On the Open Road from Debt to Freedom

After graduating from college with a liberal arts degree and $32,000 of student debt, Ken Ilgunas worked for several years at low-wage jobs. Adamant that he would never go into debt again, even if it meant forgoing the comforts many Americans take for granted, he made the decision to live in his van while pursuing a master's degree at Duke University, using Henry David Thoreau as his model for eschewing societal conventions. Narrator Nick Podehl reflects the earnestness of Ilgunas, who is critical of society's focus on acquisition and living beyond one's means. While capturing Ilgunas's idealism and belief in his endeavor, Podehl sounds perhaps a bit less contemplative than one would expect of someone like Ilgunas, who spent a great deal of time on his own. Nonetheless, Podehl is effective as a narrator as he communicates Ilgunas's message of the freedom of living without debt. S.E.G. © AudioFile 2013, Portland, Maine [Published: JUNE 2013]