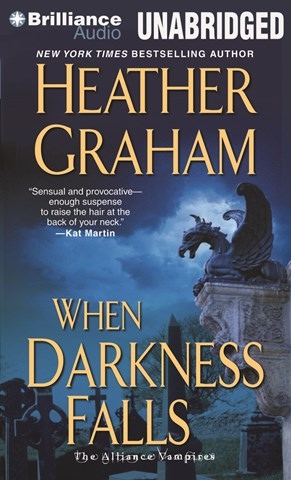 With the help of a handsome, mysterious stranger, Jade MacGregor survives a bloody late-night attack while touring a tomb in a Scottish graveyard. A year later similar attacks have started again, and Jade is sure she caught a glimpse of that stranger, now in her hometown of New Orleans. Narrator Tanya Eby does not disappoint as she adeptly portrays each character with aplomb. Her Scots accents are believable and interesting, and she delivers sinister and evil tones convincingly. The story and Eby's performance will scare the pants right off you. Another good listen from an author at the top of her game. A.C.P. © AudioFile 2013, Portland, Maine [Published: JUNE 2013]