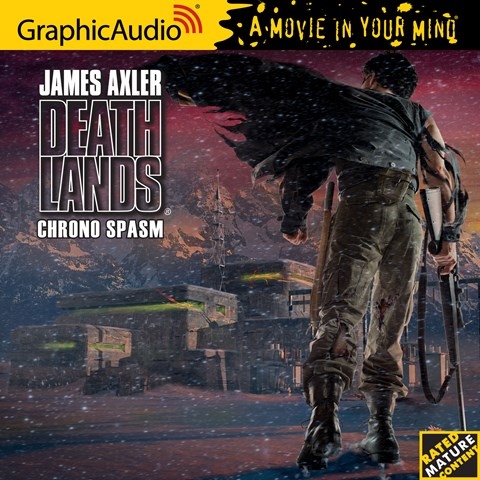 by James Axler | Read by Richard Rohan and a Full Cast

The harsh elements of Alaska and equally harsh scenes of action are described with a cool efficiency by Richard Rohan and enhanced by a range of character voices, music, and sound effects. Although the story can be difficult to follow due to the multiple subplots, one involving a time portal, the balance of volume between Rohan and the rest of the cast is excellent. The depictions of violence are not for the faint of heart and are made all the more realistic by the accompanying sounds; for instance, when a man is burned to death, you actually hear the crackle of the flames and his agonized screams of pain. Russian accents are believable and not overdone. A well-executed thriller. E.E. © AudioFile 2013, Portland, Maine [Published: OCTOBER 2013]