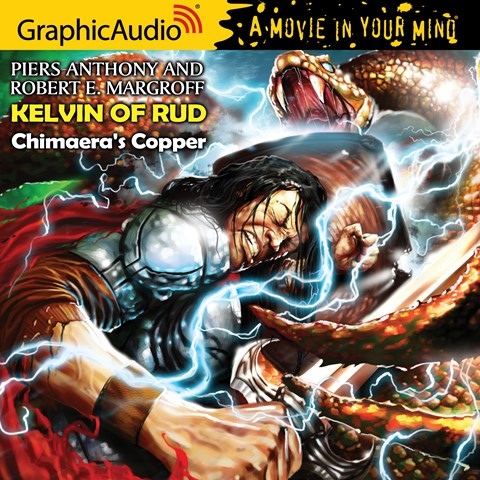 GraphicAudio makes its usual promise of "a movie in your mind"—and delivers. This fantasy adventure is produced with high-quality sound effects and voice acting from GraphicAudio's strong stable of regulars. Chosen One Kelvin has defeated two extraordinary threats, but they’re not destroyed. When they exile Kelvin and plan revenge upon his loved ones, Kelvin must battle for his home as well as his sanity. With a full cast and high production values, this audio experience is like listening to a radio play. Both narrative and dialogue are unchanged from the book, choices that allow both the author's voice and the acting cast to shine. Dylan Lynch, a regular at GraphicAudio, gives Kelvin human vulnerability while still sounding like a hero. A.Z.W. © AudioFile 2013, Portland, Maine [Published: JULY 2013]