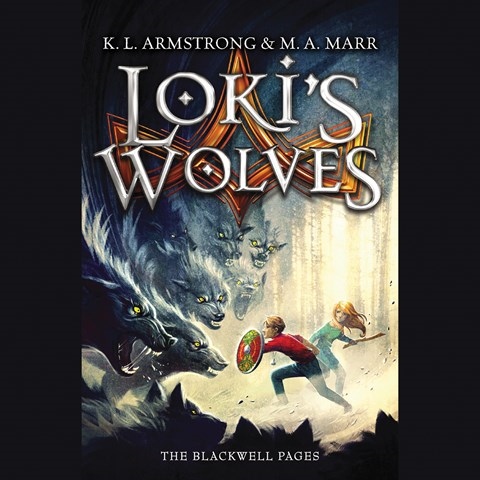 The Norse gods may be dead, but their legends still live--or so the descendants of Thor and Loki find out in LOKI'S WOLVES. This audiobook, like the story itself, switches narrators with each chapter. Pat Young and Joe Wierenga narrate the male characters Matt and Fen, the descendants of Thor and Loki, respectively. Laurie, Fen's cousin, is narrated by Casey Holloway. The well-matched pacing and pitch of the three narrators make the transitions--often a stumbling block with multiple narrators--smooth and natural as these 13-year-olds fight for their lives and the world. A.M.P. © AudioFile 2013, Portland, Maine [Published: AUGUST 2013]