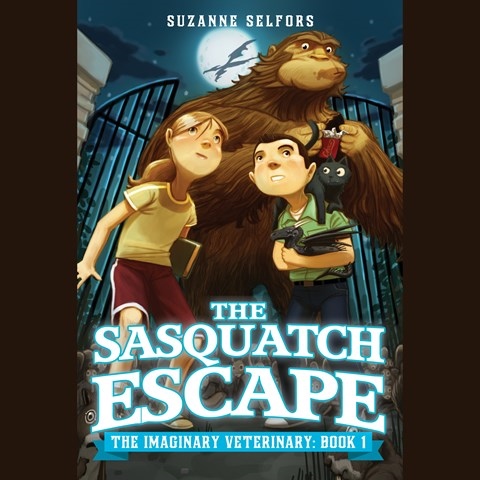 THE SASQUATCH ESCAPE The Imaginary Veterinary, Book One

Ben dreads spending the summer with his Grandpa Abe in Buttonville. But narrator Bryan Kennedy transforms "dullsville" into the wildest adventure imaginable. When his grandfather's cat brings home a mysterious hairy creature, Ben's visit to the local vet, a worm doctor, with his new friend, Pearl, launches them into an unexpected mission. Kennedy does a marvelous job voicing the multiple characters. Mr. Tabby, the doctor's enigmatic assistant, oozes with condescension and indifference. The disruption of pudding day at the popular senior center is especially hilarious. This delightful audiobook is the first in a promising new series. M.F.T. © AudioFile 2013, Portland, Maine [Published: JULY 2013]